Empower Yourself. Empower Others. Change the World. 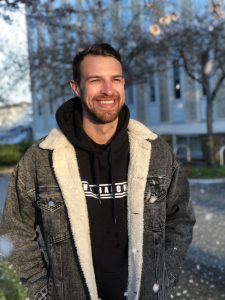 Tyler grew up in Adelaide, Australia. With a passion for sport and learning, he was always juggling multiple sports and his studies throughout his childhood, adolescence, and early adulthood. Academically, Tyler excelled in reading and writing, but had a particular aptitude for all things numbers! This resulted in him focusing on mathematics and business-related topics towards the end of High School.

Due to achieving outstanding results he successfully obtained an Undergraduate Accounting role with KPMG at the age of 16! KPMG is a global network of professional services firms providing Audit, Tax and Advisory services.

Tyler completed his Bachelor of Commerce majoring in Accounting with honours while working at the firm. However, his love for sport would change his professional trajectory. Tyler lived and breathed playing Australian Rules Football and Basketball as a kid and competed at a high level in both. He had to stop pursuing a career in sport when he commenced working at KPMG, but after 4 years he decided to pursue his dream of being a sports star! Unfortunately, injuries interrupted that plan, but he turned a negative into a positive and worked his way up in the Fitness industry from being a Personal Trainer to becoming a General Manager within the space of 2 years. Tyler’s thirst to learn and improve himself arose again when he went back to school to complete his Master of Business Administration. During this he successfully became an Executive Manager with ALDI Supermarkets and again completed his studies with honours.

Tyler is a leader. Whether in his social groups, community, sports teams, academically or professionally. Due to unfortunate events as a youth he became very independent and sports helped him develop and nurture his natural gifts in regard to motivating and influencing others. Always the captain on his sports team, Tyler began to understand the responsibility he had in possessing these gifts as he matured in age. His success professionally can be traced to an ability to connect with others, building a foundation of trust and empowering them to be the best they can be. This passion for others also resulted in the creation of his own brand centred around bringing people together, encouraging them to be vulnerable and feel safe, confident and included amongst their peers.

Elements of Tyler’s personal mission statement include being a source of inspiration for those around him and utilizing his natural gifts and education to benefit others and the world. Having previously tutored students privately in Australia, he is committed to empowering the lives of students in the greater Victoria area and beyond to help them not only improve themselves academically, but also identify who they truly are and confidently enact positive change in their communities.

Having travelled the world, Tyler has decided to settle in Victoria, BC to pursue those things he is passionate about. Outside of learning and helping others, he loves all things sport, movies and music. He will play sports, watch sports, compete in fantasy sports, talk about sports all day and is an avid gym goer. Tyler can quote movies from almost any genre, ranging from Disney and Star Wars to Mrs. Doubtfire and Good Will Hunting. He has a super eclectic taste in music and loves attending live performances. Tyler is also helping numerous local businesses expand their operations and explores this beautiful island every chance he gets!

Welcome Tyler to Vancouver Island, Canada when he helps tutor you in the following subjects:

In Tyler's own words:“To me, The Twist relates to empowerment and the proverb: Give a man a fish and you feed him for a day; teach a man to fish and you feed him for a lifetime. I don’t want my student’s learning to become reliant on my presence. I want to teach them the skills and give them the confidence to succeed independently. I aim to become the ‘icing on the cake’, continuing to stretch them and align their learning with their unique personalities in a holistic and collaborative way. Everyone is different. The Twist marries the WHY of the learning with the students own unique desire to undertake it and this instils a higher sense of personal ownership for their learning."

Our son had an awesome experience with his Twisted Tutor over the summer. He is even asking if he can continue with her throughout the school year with weekly sessions. Thanks again.

I would recommend you anytime. My daughter’s confidence soared and her grades along with that. Keep doing what you are doing.

In comparing Tutoring…With A Twist to the other tutoring choices, it stood out as it is finds out what students unique needs are and helps them understand the material from that perspective.

This was one of the teachers whom I can truly say I will never forget because of her constant brightness, and positive attitude towards students. Her faith in us and charisma was what really enticed s…

SabrinaStudent at the University Of Guelph-Humber
Read more...

Amber taught me so much about myself and showed me my strengths and built my confidence. Amber was a breath of fresh air for many students because she had a unique and effective way of getting student…