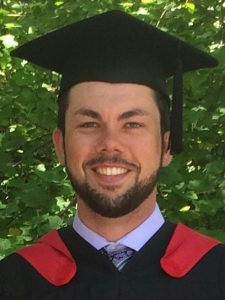 Tony was born and raised in Victoria, British Columbia. He always had dreams of pursuing higher education. To his delight, he was accepted to the University of Victoria (UVic) and, in accordance with his deep passion for learning about people, he decided to pursue a degree in Psychology. It occurred to him during his second year of his Psychology degree that  he had never been away from Victoria and knew nothing beyond it. Tony decided to spread his wings and spend that summer abroad, backpacking through Europe. He took in all of the experiences that he could. Upon returning to university, he knew that beyond loving to learn about people, he also discovered that he enjoyed helping others learn. This led him to pursue a minor in Education to supplement his major. At this time, he also began volunteering for his old high school baseball team. He is now an assistant coach for the Premier Victoria Eagles Baseball team!

Tony graduated from the University of Victoria with a Bachelor of Arts (with Distinction), majoring in Psychology with an Education minor. Still possessing a desire to learn about others and helping others learn, he immediately received his TEFL certification with specialization in business English and TOEFL exam preparation. He hopes to see and learn more of the world, while teaching others along the way, and eventually make a career out of his passions.

Tony believes that through hard work and self-belief, anyone can become academically successful; he is a prime example. During high school and his early years at UVic, he continually struggled to achieve good grades. Tony discovered he was able to excel academically through self-determination and belief, with some assistance from his mentors. Tony is confident that he can help students discover the same revelation and be a mentor to others!

In Tony's own words:"I believe that every student is able to excel academically. However, within the traditional education system, their individual learning needs and or styles may not be catered to. Tutoring is incredibly beneficial for students, as it helps to make learning more personable and less formal, compared to traditional teaching methods, and can help to make learning more fun when catered to individual students’ needs. What the twist in “Tutoring…With a Twist” means to me is catering to students’ individual learning needs and styles so that they may excel and thrive in the classroom and beyond!"

It didn’t matter if I needed something repeated over and over again, that was totally fine with my Twisted Tutor. Each time I asked a question, instead of being made to feel dumb or like I should ju…

My daughter was behind a couple grades in math and struggled to understand concepts and would become frustrated at times. We tried extra work at home and different methods recommended by teachers but …

In comparing Tutoring…With A Twist to the other tutoring choices, it stood out as it is finds out what students unique needs are and helps them understand the material from that perspective.

Tutoring for Tutoring…With A Twist is an awesome experience…7 years have gone by bringing so many intrinsic rewards including the relationships formed with incredible learners, sharing their challenge…

Peace of mind… that is what Tutoring with a Twist has done for our family. We adults in our house are not the best at math, but wanted to give our 10 year old better tools that we had when it came to …