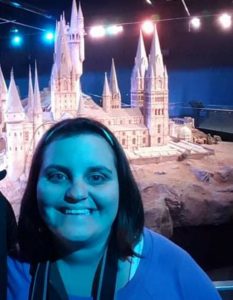 Maxine is an adventurer!

Born in Richmond, BC, Maxine moved to Westbank as a toddler and grew up all over the Okanagan. At eighteen, driven by her passions (See the litmus strip in our Twisted Process!), she moved to Victoria to attend UVIC where she completed her Bachelor’s degree in history and anthropology. Immediately after graduation, she moved to Fort St. John where she worked as an archaeologist in northern BC and Alberta before entering the workplace health and safety industry. This new career path enabled her to move back to Kelowna, but she always wanted to return to Victoria.

Working in the workplace health and safety industry meant being part of a team that supported individuals through difficult times, many of whom would have to go for re-training. Re-training is akin to tutoring as it involves coaching to help people learn new skills or sharpen old skills—it’s all about hitting your “target”. (See the target in our Twisted Process!) This also involved working with a wide variety of people of all ability levels, so Maxine is well acquainted with being part of people’s support “circles”. (See the circles in our Twisted Process!)

Maxine finally made her way back to Victoria in 2017 and has been there ever since…except for a brief stint in 2019 when she followed her dreams and went to Scotland to get her Masters of Science (with Distinction) in Archaeology from the University of Edinburgh. Maxine’s courses involved in-depth research, presentation, academic writing, and critical analysis skills in the form of podium and poster presentations, essays, book reviews, and lab reports.

Maxine learned to ski as soon as she could walk, and she raced competitively as a child. When she retired from racing at the age of fifteen, she became a certified ski instructor and race coach. Maxine then taught herself to snowboard and became a certified snowboard instructor. Maxine’s triple certification allowed her to teach all ages and abilities which inspired her to become a school teacher. In fact, that was her initial plan when she attended UVIC, but she became swept up in the world of artifacts and skeletons and pursued a different career track. Maxine later took a TEFL certificate course at UVIC and reignited her passion for teaching. We are super fortunate to have a career student return to her roots of teaching!

In addition to moving all over BC, Maxine has also traveled the world. She has been to five of the seven continents (Africa, Asia, Europe, North America, and Oceania) and has participated in archaeological excavations in three of them! One of her personal goals is to travel to every continent. She is an avid reader who aspires to have a personal library one day. She enjoys baking and photography as ways to express her creativity. In her free time, Maxine can be found skiing, reading, crocheting, challenging her partner to board games, and loving her puppy named Clover. You may also find her playing with her various Harry Potter Lego special editions!

Favourite Movies (she can’t pick just one!): Harry Potter, The Lord of the Rings, The Dark Knight, Transformers, School of Rock, The Lego Movie

Maxine is very excited to put a Twist on tutoring with your child in the following subjects:

In Maxine's own words:"My understanding of The Twist is that it means teaching using inspiration, encouragement, creativity, flexibility, adaptability, and incorporating the student in their learning. Each student has a different learning style and it is important that the teacher is able to encompass all varieties of learners. By involving the student in the learning process using things/people/ideas important to them, it can make them more excited and engaged (thus building their confidence). I like to make the lessons relatable or connected to something the student is passionate about. My inspiration was my Grade 12 History teacher who would play songs connected to historical people or events to get us inspired (my personal favourite was Rasputin by Boney M when we were learning about the Russian Revolution)."

I recommend Tutoring With A Twist to my friends and other parents at my kids’ school. My child has dyslexia and learning difficulties with math. She receives help with reading comprehension at the sch…

hired Tutoring… with a twist based on the reviews I read. And they were so right! My son has such a good connection with his tutor, Chris, and actually enjoys doing Math and English because of him. I …

Mistakes were explained to me in a way that I could understand and then, could improve upon. I don’t think of mistakes in a negative way anymore because I realized, with my Twisted Tutor’s help, t…

I have had the experience of working under Ms. Scotchburn and I would like to share my experience. Ms. Scotchburn delivers a program that is individualized and avoids any type of boredom due to her cr…

It was very helpful when my Twisted Tutor would go over methods for studying and preparing for tests. Before working with her, I would just read over whatever the teacher had given us. My tutors’ me…

My tutor gives examples that relate to real life, provides notes that can be referred to later and is teaching me visually, as opposed to only talking at me. I wouldn’t change a thing about Tutoring…

The school I work with has contracted tutors through Tutoring…With A Twist and they always exceed our expectations. Tutors are positive, adaptable, and willing to give a little bit extra. ASTC provide…